Started in 2016 as the brainchild of Paul, Shower Caddies INFO was self-dubbed as the most authoritative site on shower caddies because there was no real competition out there; there was no other website available that provided explicit articles and reviews about shower caddies. 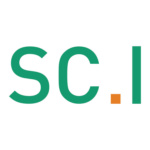 When you type “shower caddy” on Google or any other search engine, you will immediately encounter websites like Amazon and Walmart selling these products. Though some of these e-commerce websites deliver decent information on shower caddies and have pretty good shower caddy review systems, it’s still sometimes not enough to only have a couple of pages dedicated to the topic when you can have a whole website devoted to the ingenious product called shower caddies.

By the way, I’m Paul, and I run this website. I’m a 20-ish old male who immediately started working online after graduating college. I could’ve looked for a 9-to-5 job after I graduated but I figured that since I like to work at my own pace, I could try freelancing online for a start. I’ve been freelancing consistently for a couple of years now, but I scaled it down on 2015, so I could create websites like Shower Caddies INFO where I could help other people come to a purchasing decision on several products available on Amazon. I live alone I have a knack for playing MMORG games when I have the time.